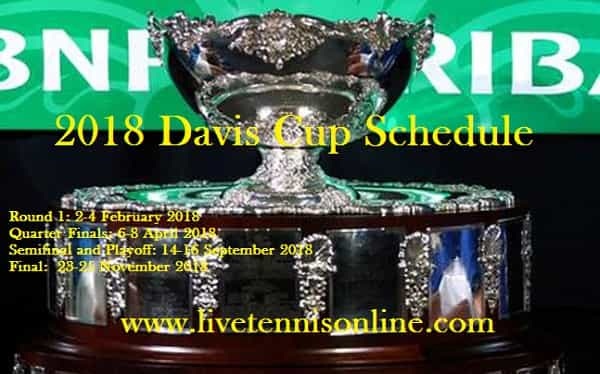 The 2018 Davis Cup Draw Fixture has been declared by the ITF and it is sponsored by the BNP Paribas. In 2018 Davis cup format for the Group I and II zonal events the new rules were introduced. In Davis Cup 2018 tournament the 16 nations (Australia, Belgium, Canada, Croatia, France, Germany, Great Britain, Hungary, Italy, Japan, Kazakhstan, Netherlands, Serbia, Spain, Switzerland, and the USA) are going to playing each other in rounds of the Davis Cup World Group. Watch 2018 Davis Cup HD streaming live on your PC, laptop and other devices, it will be taking place from 2nd February to 25 November 2018. The Davis Cup first round will be held from 2nd February to 4th February 2018.